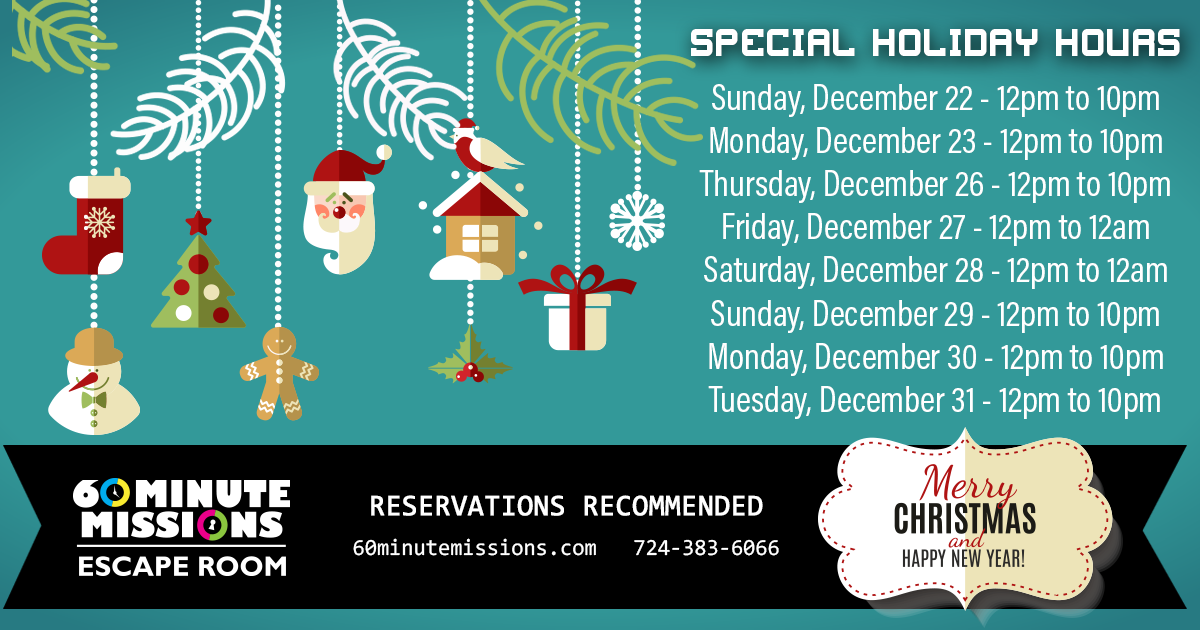 The holiday season is one of the busiest times of year. Planning ahead for your visit is recommended.