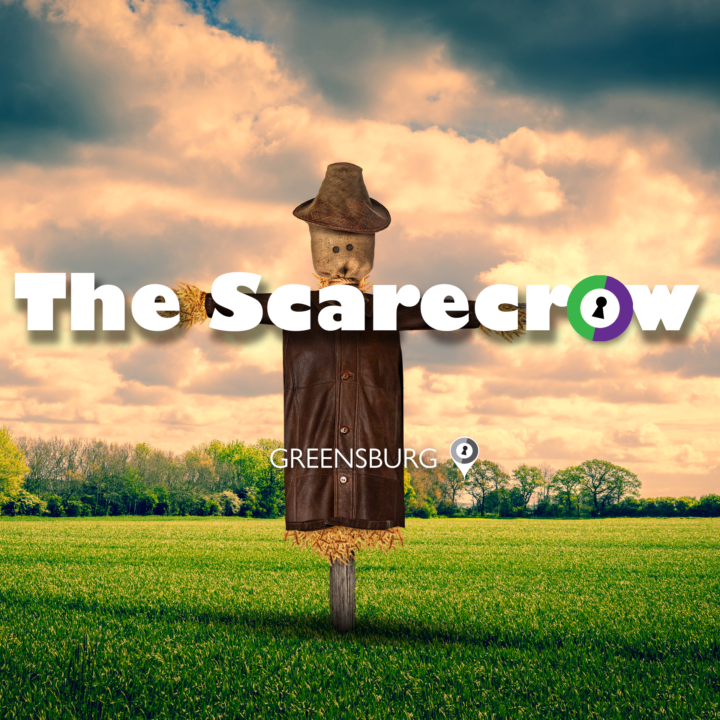 But about that scarecrow … why does he need a brain? What happened to him?

He wasn’t always a scarecrow. In fact, Fiyero Tigelaar was quite smart, but was captured by the Wicked Witch of the East who ruled the Munchkins. Looking to protect her evil empire with watchful eyes throughout the neighboring fields, she began to build an army of scarecrows! Fiyero was her first victim. She captured him, locked him away in a barn where she proceeded to remove his brain and make him into her first scarecrow.

While wandering the yellow brick road yourself, the witch has captured you and is ready to turn you into her next recruits.

Luckily for you, Fiyero was one smart cookie before his brain was removed. He left a note in the pillowcase of the cot. He designed a clever escape path inside the barn so any future captives could escape the witch’s clutches. Unfortunately for him, he ran out of time to escape himself.

The witch isn’t smart enough to see his clues, but hopefully you will be! Now it’s your chance. Can you escape the Wicked Witch of the East before she returns to remove your brain and make you the next recruit in her scarecrow army?